The Free Technology Academy is closed. Please read here WHY, and what may come next! Thanks!

The Free Technology Academy's Scientific Council is formed by the following persons: 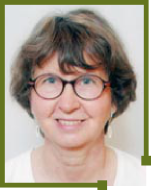 Susan D'Antoni has been Project Director for a study which sought to identify all sources of correspondence education in Canada, Coordinator of Distance Education Programmes at Ryerson Polytechnical University in Toronto, Chief of Projections and Analysis in the Education, Culture and Tourism Division of Statistics Canada, Director of the newly created Division of Research, Policy and Planning at the Association of Universities and Colleges of Canada, and Programme Specialist at UNESCO. There her responsibilities included the development and operation of the IIEP Virtual Institute and the development of the IIEP Alumni Network, and studies related to the use of Information and Communication Technology in higher education.

Susan D’Antoni holds a Bachelor and a Master of Arts, University of Western Ontario, University of Toronto, Ontario Institute for Studies in Education. 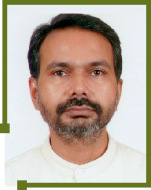 Dr. Nagarjuna G. is a science educationist in Homi Bhabha Centre for Science Education, Tata Institute of Fundamental Research in Mumbai, India. Nagarjuna did a M.Sc. in Biology and a M.A. in Philosophy from Delhi University, and Ph.D. in Philosophy of Science from IIT Kanpur. He is currently carrying out research and development in the area of structure and dynamics of knowledge networks, an inter-disciplinary domain covering the issues in cognitive science, epistemology, and computer science. Some of his areas of interest are semantic web, knowledge organization, AI, philosophy of science, biological roots of knowledge and modelling complex systems with specific interest in cognitive development. He is the author of a specification and implementation of a distributed knowledge base called GNOWSYS1, and an architect of gnowledge.org, a community portal, which was launched on 2nd February 2007. He contributed as a core developer and architect of SELF Platform2. He is currently guiding three research scholars in the area of science education at HBCSE, TIFR. He teaches graduate courses in the area of History and Philosophy of Science and Cognitive Development.

As an activist he focuses on promoting free knowledge and free software and serves as the chairperson of Free Software Foundation of India3.

His official home page is at http://www.hbcse.tifr.res.in/staff/academic/nagarjuna-g/
He blogs at http://gnowgi.org/ 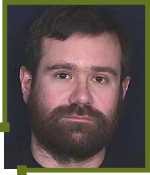 Jesús M. González Barahona is Associate Professor in Universidad Rey Juan Carlos1 (Madrid, Spain). He has been interested in libre (free, open source) software for many years, from different points of view: research, education, technology transfer, etc. He has been involved, in the context of the LibreSoft2 research group, in several projects in these areas. The LibreSoft group runs a Master Programme in Free Software in Madrid and Gallicia (Spain). Barahona also collaborates with several libre software projects and associations, writes in several media about topics related to libre software, and consults for companies and public administrations on issues related to their strategy on these topics, in the framework of the GSyC/LibreSoft research group.

Prof. dr. E.J.R. Koper is the Dean of the Centre for Learning Sciences and Technologies (CELSTEC) of the Open University of the Netherlands. He has been working in the field of Technology Enhanced Learning for more than 25 years, has published over 400 scientific publications in this field. He is a member of a large number of scientific (programme) committees, technical committees (e.g. IMS) and editorial boards of journals. His latest book is "Learning Network Services for Professional Development" (2009, Springer). He has also led the development of many innovative learning technologies, like portal environments, personal development systems and serious games.

He has been leading the simulation and serious games development at the Open University from 1987 to 1998. In 1998 he became a full professor and director of one of the Research Programmes (Learning Networks for Professional Development) at OTEC, the predecessor of The Centre for Learning Sciences and Technologies (CELSTEC). In that time he developed among other things, the Educational Modelling Language, and co-edited the derived specification IMS Learning Design.

In 2007 he became Dean of CELSTEC, where around 120 researchers and media developers are working in three different Research Programmes (Learning & Cognition, Learning Networks for Professional Development and Learning Media), an Institute for Education & Training (e.g. MSc in the Learning Sciences) and a open innovation laboratory in technology enhanced learning. He also leads the developments at the OUNL to change their business model and processes towards the extensive use of Open Educational Resources. 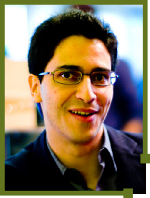 Lemos is the director of the Center for Technology & Society at the Fundação Getulio Vargas (FGV) Law School, where he is also head professor of intellectual property law. Lemos works with the Brazilian Federal Government on the implementation of its free software program. Lemos also works with the Ministry of Culture on the implementation of its digital culture policy, and was appointed by the Ministry of Justice to its electronic commerce commission.

Lemos is a founder of Overmundo, for which he received the Prix Ars Electronica Golden Nica in the category of digital communities. Prior to his current position at the FGV, Lemos worked at the law firm Suchodolski Advogados Associados, practicing technology, telecommunications and corporate law. He also worked as professor of Sociology of Law at the University of Sao Paulo Law School and at the Brazilian Society for Public Law (SBDP). 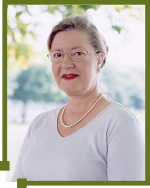 Anne Østergaard holds a Law Degree from The University of Copenhagen. After a decade in government service, international organisations, and private enterprise she is presently a Libre Software entrepreneur. Anne is a member of the GNOME Foundation, and was Vice Chair of The Gnome Board of Directors between 2006-2008. From December 16th 2009- Anne serves as Vice Chair of the Board of the Danish Unix User Group, DKUUG.

As a Fellowship Member of FSFE Anne is working against the legalisation of software patents in Europe. Anne is also working for free and open standards and file formats, Libre Software in education, in the health care sector, and FLOSS as development aide, privacy on the Internet and more women active in the ICT sector.

Anne Østergaard' s interests lies in the area of the long-term strategic issues of Free Software in the social, legal, research, and economic area of our global society. Information Communication Technologies are important to the individual citizen's life and personal possibilities in the information society in order to obtain, and secure democratic freedom rights. 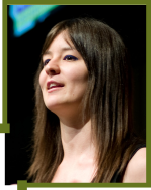 Elizabeth Stark is a leader in the global free culture movement. She is a Visiting Fellow at the Yale Information Society Project, a Lecturer in Computer Science at Yale University, and an Adjunct Associate Professor at NYU. A graduate of Harvard Law School, Stark founded the Harvard Free Culture Group and served on the board of directors of Students for Free Culture. While at Harvard, she was Editor-at-Large of the Harvard Journal of Law & Technology, and worked with the Harvard Advocates for Human Rights to make better use of new media to promote human rights. Elizabeth spent years researching for the Berkman Center for Internet & Society at Harvard, and has taught courses ranging from Cyberlaw to Intellectual Property to Technology & Politics to Electronic Music. She recently produced the inaugural Open Video Conference in NYC, garnering nearly 9000 participants in person and across the web. Elizabeth regularly gives talks around the world on free culture, and has collaborated with myriad organizations on promoting shared knowledge and the open web. She has lived and worked in Berlin, Singapore, Paris, and Rio de Janeiro, and speaks French, German, and Portuguese.